I work from home on Tuesdays and Fridays this summer (as opposed to Fridays only) and the good part of it I that it is one less day I have to worry about getting the kids picked up since I don’t get home in time. And being able to sleep in (until 6:30 – I never thought I’d see the day when 6:30 was sleeping in). But the bad part is that working from home on Tuesday makes me think it’s Friday. Which is So! Totally! Awesome! for a brief, fleeting moment when I’m all, “Yay! Friday!!), but then I remember that it’s only stupid Tuesday and the horror and disappointment of it all sends me reeling and crashing to the floor in fits and tears of agony. Or maybe I just say, Dammit! It’s only Tuesday?? Oh, MAN!

Something bad happened on the way down to the beach and I don’t want to talk about it. But I have to, so I can move on. Because something ran out in front of us & I couldn’t swerve. And there was a thunk. The thunk of something you don’t want getting thunked. I am very sad about this.

At the beach, the girl wandered into her aunts’ hotel room and picked up my (very petite) aunt’s bra and said, “Whoa – this is a tiny person’s bra. With tiny boobs.”

This time of year gets me in the gut a little. I miss being with my kids in the summer. I want to be able to romp and frolic with them for 3 months. I really wish I could afford to be off all summer long. I considered being a teacher for a while, but I was attracted merely to the schedule. Because can you imagine me as a teacher. ME?

I mean, really. burghbaby alone would have a damned contest pickem charity thing going on to guess which would happen and when: Crying, Losing My Shit, Calling a Kid an Asshole, Walking Out, Throwing Something at the Principal – on a – Monday, Tuesday, Wednesday, Thursday, Friday.

Maybe I should go back and do it – for the kids.

I’m getting excited about vacation! In less than 2 weeks, I’ll be looking at this: 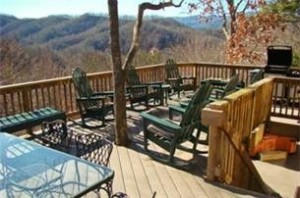