Standard
I am an Olympic addict. Other than football &  hockey, I don’t do a lot of sports watching on TV -even the sports I like. And most of the Olympic sports wouldn’t hold my interest at all during the other 1,445 days. But during these 16? I’m like a crackhead. Every night, I end up staying up too late because I can’t stop watching. And the next morning, I am scouring the TV and internet for more, before dragging my tired ass to work. It’s out of control, this exhausting myself over shit I don’t even care about.

There are very few sports I don’t get excited about during the Olympics. These are usually the (what I consider to be) non-sports And sometimes basketball, because I’m sorry – I just can’t feel the Olympic spirit for a bunch of millionaires. I know it’s hard to distinguish between professional and amateur athletes nowadays – especially given how different countries treat and support their athletes – but with basketball, it really bugs me. I have a tendency to root for the underdog when USA is playing. I guess I should have more USA spirit, but meh. They can go home and cry in their great big piles of money.

I was disappointed last time that there are no pornstaches on the Romanian men’s gymnastic team like there were in Athens, but I’m holding out hope for London. Because that shit was funny.

And one other source of olympic-related entertainment? Diver package shots. No really: 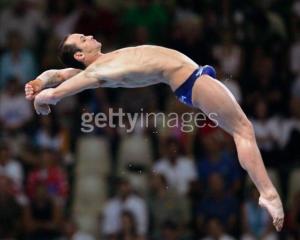 And on to the non-sports. Don’t let me say right off the bat that I am not talking about the actual athletes here – they ARE athletes and most of them could probably kick my ass. But the “sports”? Not so much.

Rhythmic gymnastics – I’m looking at you. Sorry, but I just don’t get it. I used to be a gymnast and I have a hard time comparing a full twisting double back flip with dancing with a ribbon. Besides, I can’t help but to picture Will Ferrell in Old School. I’ll admit, the way they balance that ball with their body is cool but it’s more Cirque de Soliel that Olympic Sport.

Synchronized swimming is another. I don’t care for it, and I picture Martin Short in a life jacket and nose plugs (“Hey! I know you! I know you!”). Seriously – if you have not seen the SNL skit with him, Christopher Guest, and Harry Shearer, you are seriously missing out.

I have warmed up a little to synchronized diving, so I’m taking it off my non-sport list, but it better watch it’s step or it’s going rght back on. Because it’s cool – I mean – it’s hard enough to dive alone, much less in tune with a partner. But it’s still a little Bob Fosse.

Trampoline. Fun. Not a sport. It’s a tool that is used by people training in other sports. Divers and gymnasts use trampolines. I’ll admit – the tricks they do are pretty cool and are definitely hard, but still.

Badminton? Well, it’s a backyard game to me, but I get to say shuttlecock a lot. Also – rowing IS on my list of sports, but I had to mention it because, “coxswain”!

Ping pong. Seriously? You can call it table tennis all you want but it’s still ping pong. It’s in my basement. And if it’s in my basement, it can’t be an Olympic sport. Otherwise, I would be a medalist in Olympic Laundry Avoidance.

Surely by now, you have seen or heard the story of Santa Claus being kicked out of Walt Disney World, but if not – here is the gist of it: A man who looks very much like Santa (and often plays Santa professionally) went to Walt Disney World and was asked to change his clothes to look less “Santa-like.”  Now people are all up in arms over the poor, dear, sweet, selfless Santa, and all the poor kids who witnessed this.

Fuck that noise. The fact is that there are people who hate Disney – they will jump all over any perceived fault and beat it to death. There are people who just like to complain. There are people who are simply…well…dumbasses. And those are the people who are most vocal about this – it’s now become a national story (Poor, dear Santa).
The problem is that those people would have you believe that this sweet old man was just minding his own business, enjoying his day in the Magic Kingdom, and those evil corporate bastards who feel they own the rights to all costumed characters attacked and abused him, then dragged him forcibly out of the park. And that is very much not what happened.
See, Walt Disney World has this rule about people in costumes – unless it is the Halloween party, adults are not allowed to wear them in the park (kids are fine). People have been asked to change or leave in the past over costumes. And while it’s easy to believe that Disney is just trying to keep us down, censor and oppress us (poor Santa), the fact is that the rule is there for our safety and the safety of children.
Think of it this way – if I walk into Walt Disney World wearing my Snow White costume, little kids – expecting to see Snow White in the parks, may think that I am the “real” (or official) Snow White – they might ask for my autograph. They may want photos with me. Sounds harmless right? Well, what if I touch one of those kids inappropriately? Or give them some tainted candy? Or drugs? Then I waltz out of Walt Disney World free and clear and leave a harmed child in my wake. Now who is going to get blamed? Disney, that’s who. Even if it becomes clear that I was not a cast member, the public will rail on about how Disney should not have let me walk around in costume like that, because how are people supposed to know that I was an evil child-harmer and not an official character? And in fact, when I wore that very costume during the Halloween party, despite having 20 years and 60 pounds on the “real” Snow White, several little girls still thought I was her.
Thus the rule!
And here’s the thing. When something like this occurs, Walt Disney World is generally kind and tactful – they will often offer to provide the person with a park t-shirt free of charge, just to keep their guests happy and coming back. They don’t walk up to someone and scream at them to “CHANGE OR LEAVE!” They will discreetly approach the person, let them know about the rule and the problem, and give the person  chance to change. That’s what they did with this man (Poor dear). They explained the situation to him, and he basically decided that he was Santa and fuck them – he decided to leave rather than stop doing what he was doing.
Oh yeah – see – he wasn’t just hanging out, minding his own business and looking like Santa – he was meeting and greeting and taking photos and signing autographs, claiming to be Santa to these kids – reportedly “ relishing in his role”. I mean – if someone looks like Santa and they go out wearing “holiday themed clothes” in July – they WANT people to think they are Santa. And I’m sorry – most of the time, a person who does that may very well be a sweet, dear old man, but as far as I am concerned it’s creepy. And it’s a damned good way for a pedophile to get his hands on some kids. I’m not saying that was the case with this guy, but it could happen. Just because someone claims to be harmless and simply love kids, just because they wear the costume of a beloved and harmless kids’ character does NOT mean that they are harmless.  Remember John Wayne Gacy? Probably not because I’m old as hell, so let me tell you: John Wayne Gacy was a lovely man who used to dress up like a clown and entertain at children’s parties. Harmless, right? Ask the families of the (at least) 33 boys he sexually assaulted, murdered and buried under his house.
Suddenly Disney’s rule doesn’t seem so bad, now does it? And anyone who truly care about children (like poor, dear Santa man), should understand that Walt Disney World did what they did to protect kids, not to oppress this guy. Besides – one grown man’s widdle hurt feewings cannot even compare to the safety of an entire park full of children.
Instead of just following their rule, this guy decided to leave the park and go to the media. Doesn’t sound so selfless to me. And let’s be honest – do you  really want this guy hanging around your kids? 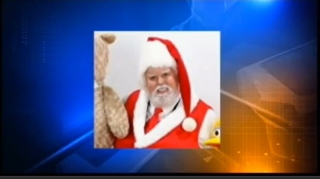 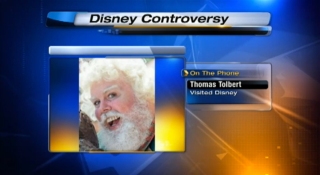 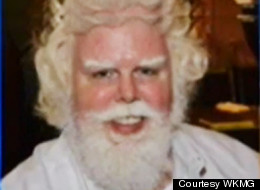